Back when the Philippines was still a colony of the United States, Manila was a city fantasized by travellers. It was a bustling city of elegance and grandeur, very much ahead of its Asian neighbors. So to make Manila as the United States’ trophy colony, it planned to turn it even more beautiful. 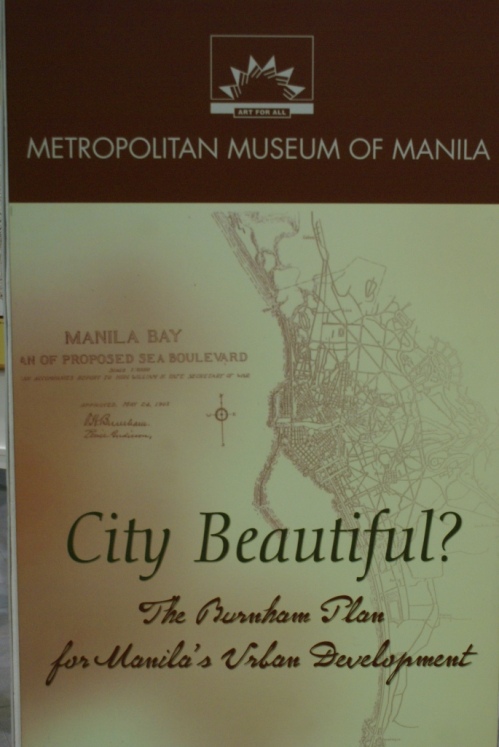 The Metropolitan Museum of Manila and the SM Supermalls present City Beautiful: The Burnham Plan for Manila’s Urban Development, an exhibit of vintage photos and plans of Daniel Burnham for Manila.

Daniel Burnham is a renowned urdan planner who also designed Washington D.C. and Canberra, Australia’s capital.  He was tasked to make a plan for Manila, then eyed to be the most beautiful city in Asia. Much of Burnham’s plan for Manila is patterned over Washington D.C. where there is a massive placement of web-like pattern of roadways. Luneta was also designed to look like Washinton D.C.’s Mall, although only a few government buildings were actually built.

Detailed Blueprint of the City of Manila. If you look at it, the Luneta is supposedly surrounded by buildings and not parks. 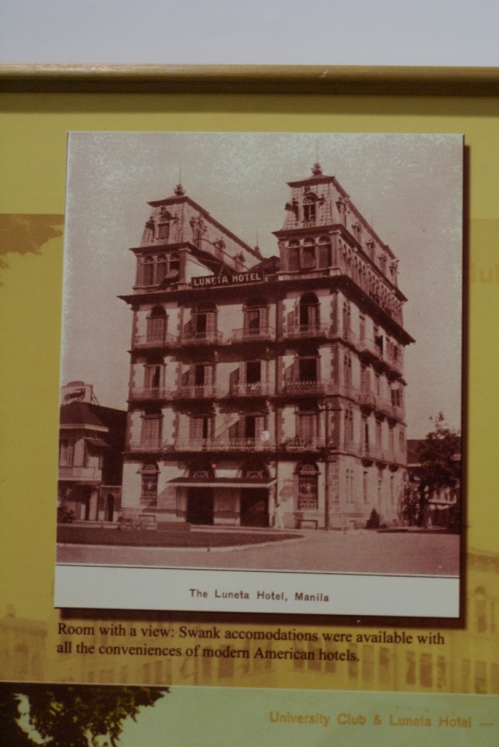 The Luneta Hotel. It still stands today adjacent to the National Historical Institute.

Spain also had a blueprint for Manila but is only concentrated in Intramuros with minor settlements around the walls. 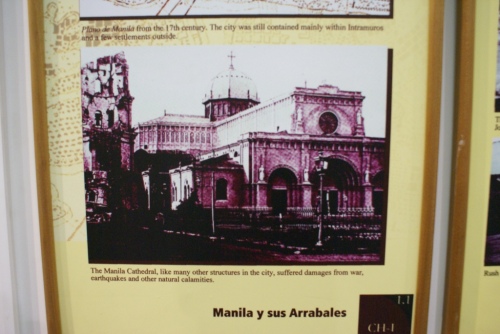 The Manila Cathedral before its destruction. The belfry is different than what it is today.

Quezon City (part of Metropolitan Manila and the Philippine’s most populous city) also has its own blueprint where the National Capitol and the Executive Mansion are supposedly located. Today, only the elliptical circle, roadways and the University of the Philippines-Diliman are constructed according to the plan. 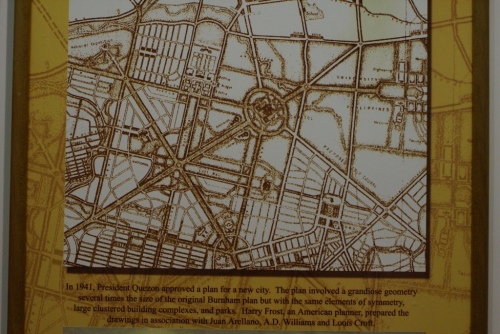 A plan of the Administrative Capital in Quezon City features the National Capital at the location of today’s Quezon Memorial Monument, an Executive Mansion at North Avenue and an EDSA lined with parks. UP is also part of the plan. 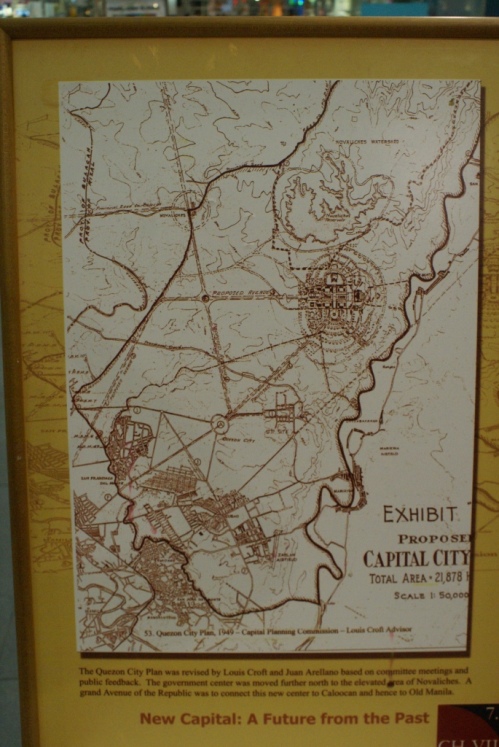 A Plan of Quezon City proper is located a few miles from where it is now. The city hall is actually located in today’s Caloocan City. Interesting.

The University of the Philippines, designed by William Edward Parsons

A plan of the UP-Philippine General Hospital along Taft Avenue 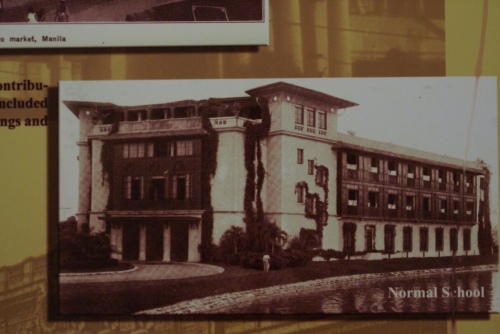 The Normal Hall of the Philippine Normal University. This is very interesting. I can see there`s a moat (or maybe a river) at the place where Colegio de Sta. Isabel stands.

The City Beautiful exhibit is now at its final destination in SM North Edsa The Block from June 10-30, 2010.

This entry was posted in News and Events. Bookmark the permalink.